Panzerkampfwagen I was developed from a Krupp series of tractors, and mass production began in July 1934. Initially it was intended as a training vehicle to introduce the ”Blitzkrieg” tactics in the  Wehrmacht. In spite of its thin armour and light armament it came to be used in combat into 1942, and it was Germany’s first fighting vehicle produced in series.

Its first combat assignment was with the Condor Legion in Spain. Then came front duty in Poland in 1939, and in Norway, Denmark and France in 1940. From the end of 1940 it was withdrawn from front service and was later used in rear areas. It was used in Finland in 1941 and later also in North Africa. Spain used a number of them until 1954.

Although the Panzer I in itself did not contribute much to the Wehrmacht fighting force, its production gave useful experience and it is probably impossible to overrate the significance of the training it provided to its crews.

The museum exhibit came to Sweden shortly after WWII, but was never completely refurbished. 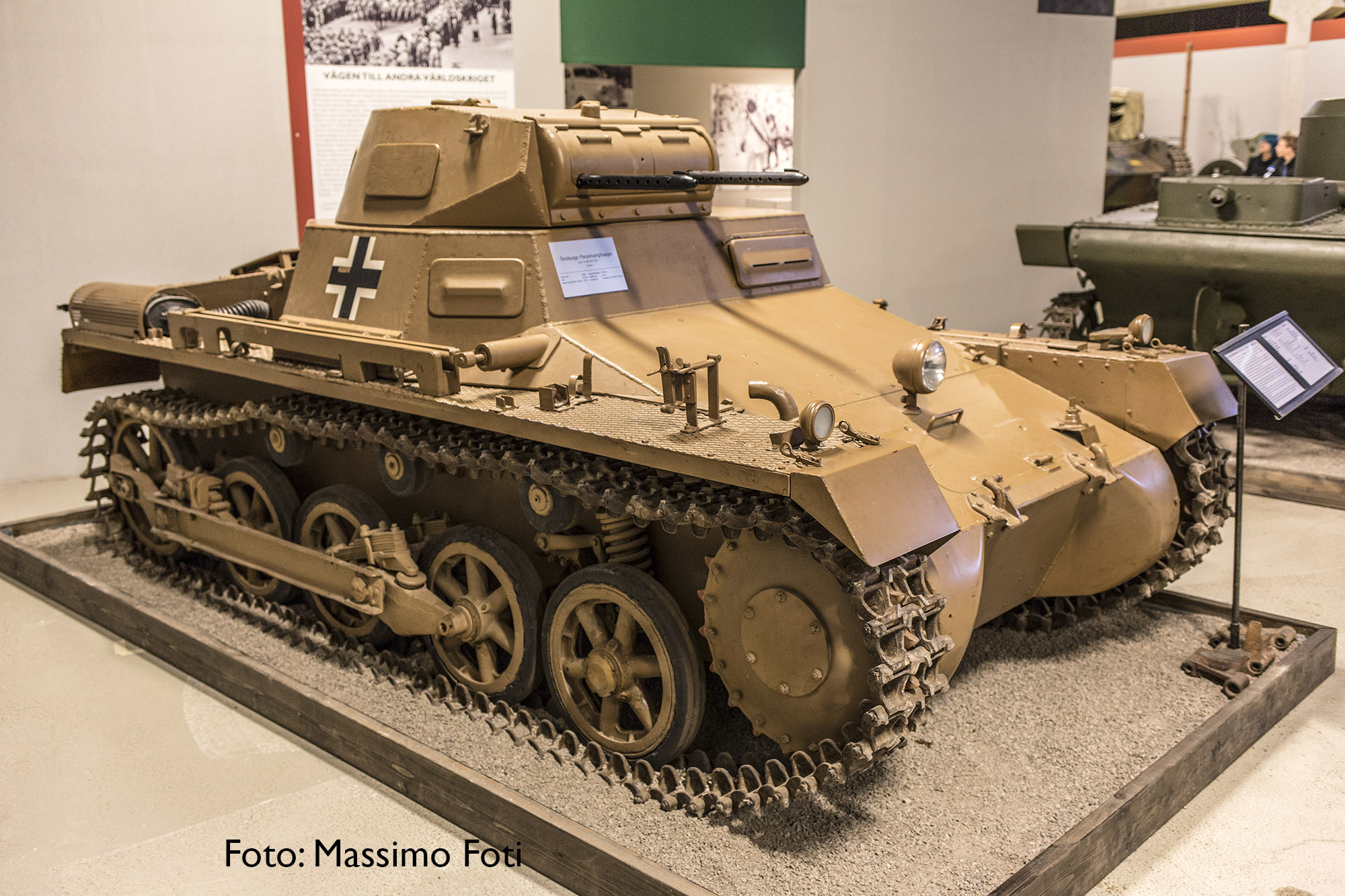 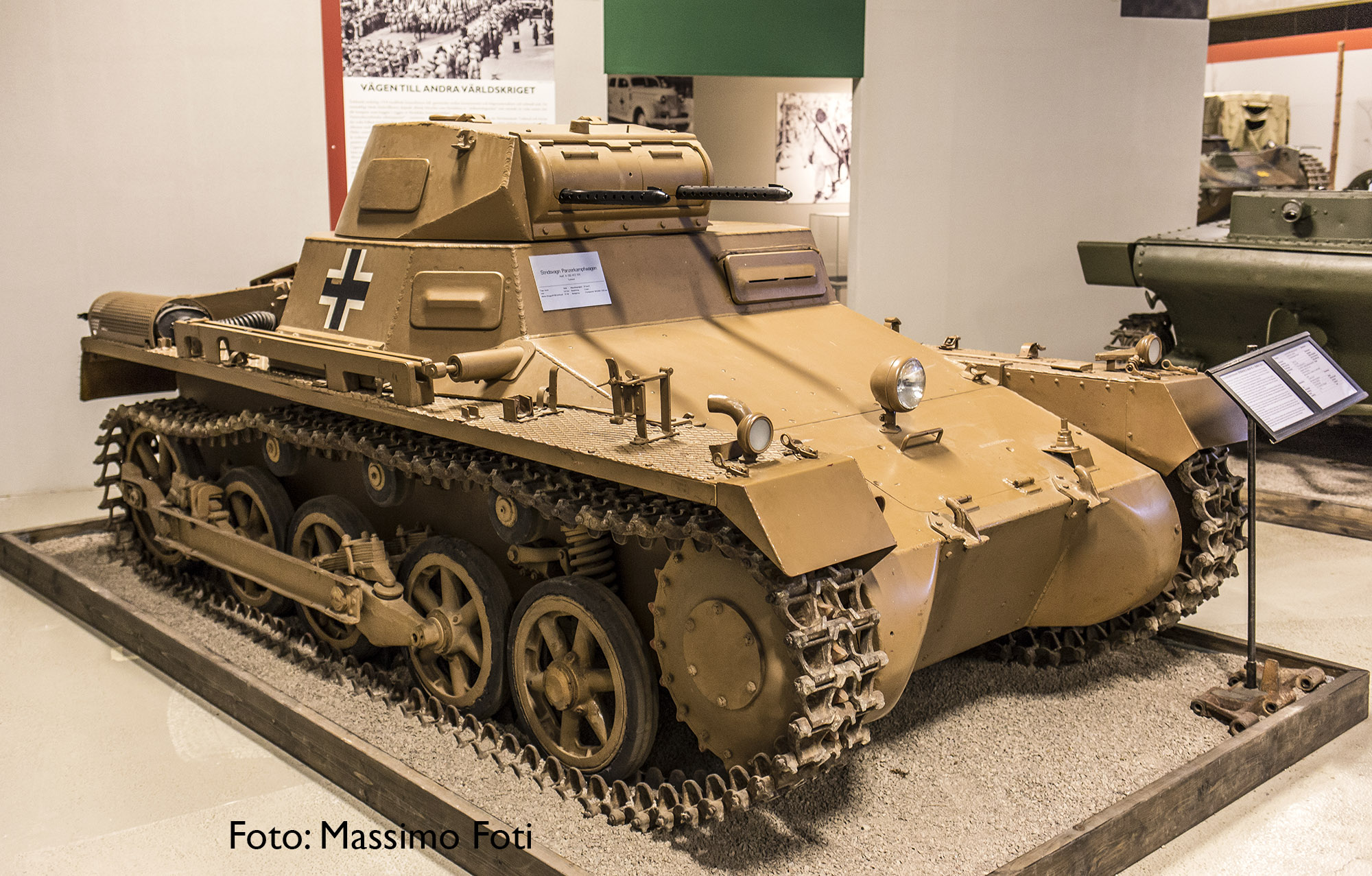 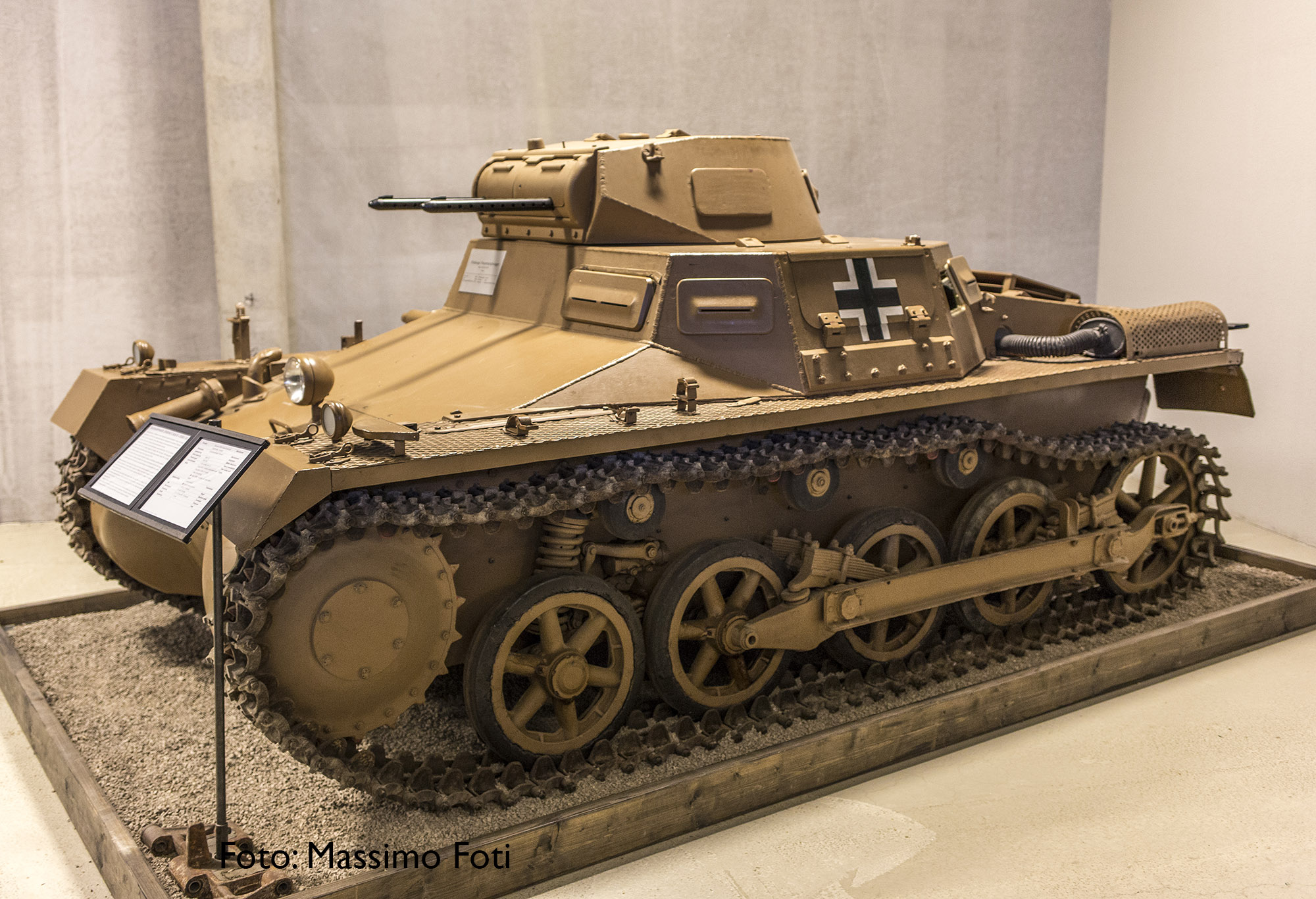 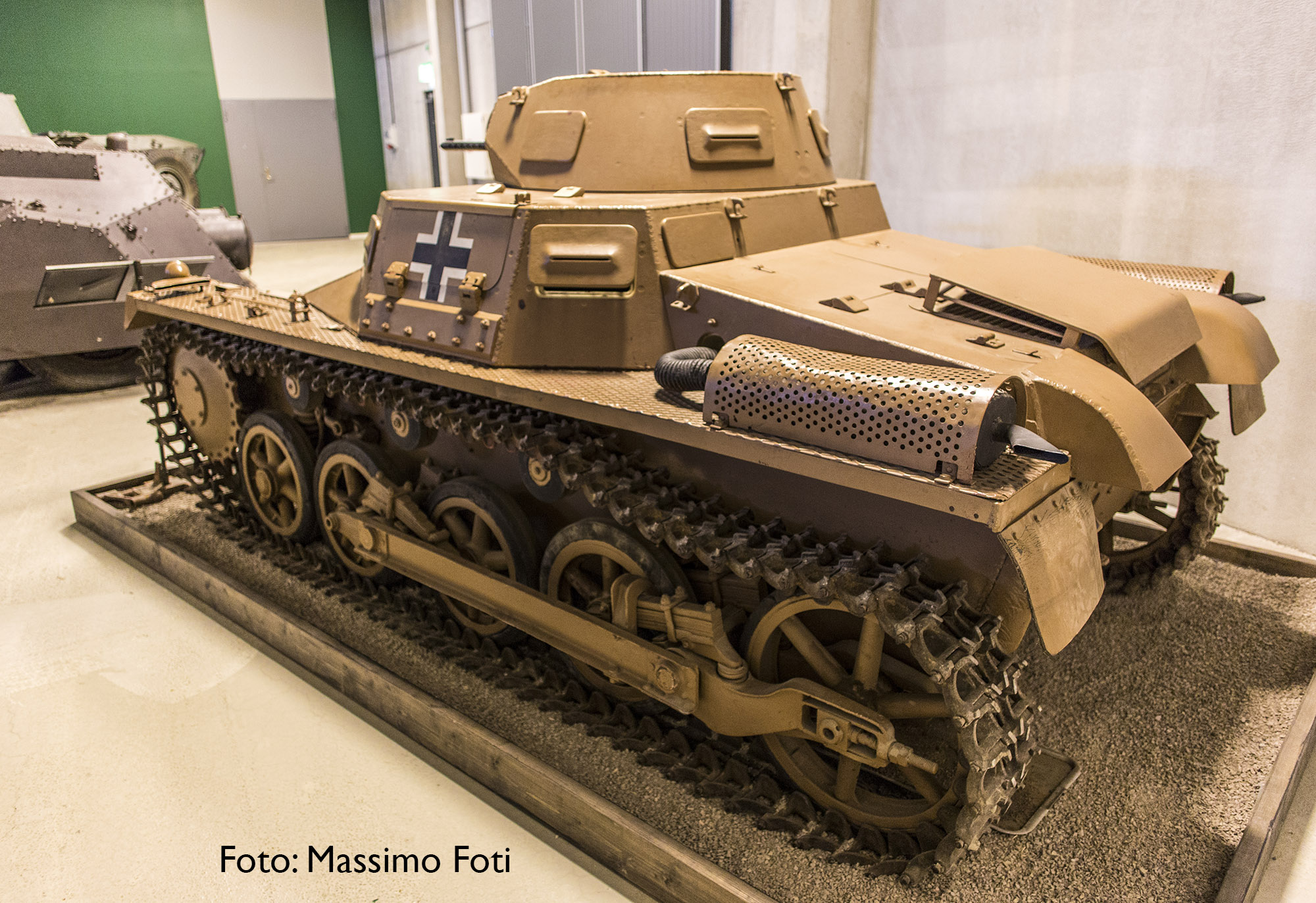