Daimler Ferret was in service in the British Army between 1952 and 1991, and was delivered to almost 30 countries.

The mechanically sophisticated design has proved reliable. It uses continuous four wheel drive and the wheels are individually suspended, making it suited for cross country driving. In the scout car tradition, it has five speeds forward and reverse. The steering wheel is mounted in parallell with the frontal armour, ”upside-down”

compared to an ordinary car, which takes some getting used to. Swedish UN troops in Cyprus used 12 British Ferrets, but apart from that it was never in Swedish service.

The museum exhibit came to Sweden from Britain in 2008 through the Swedish Armed Forces who subsequently donated it to the Swedish Museums of Military History. 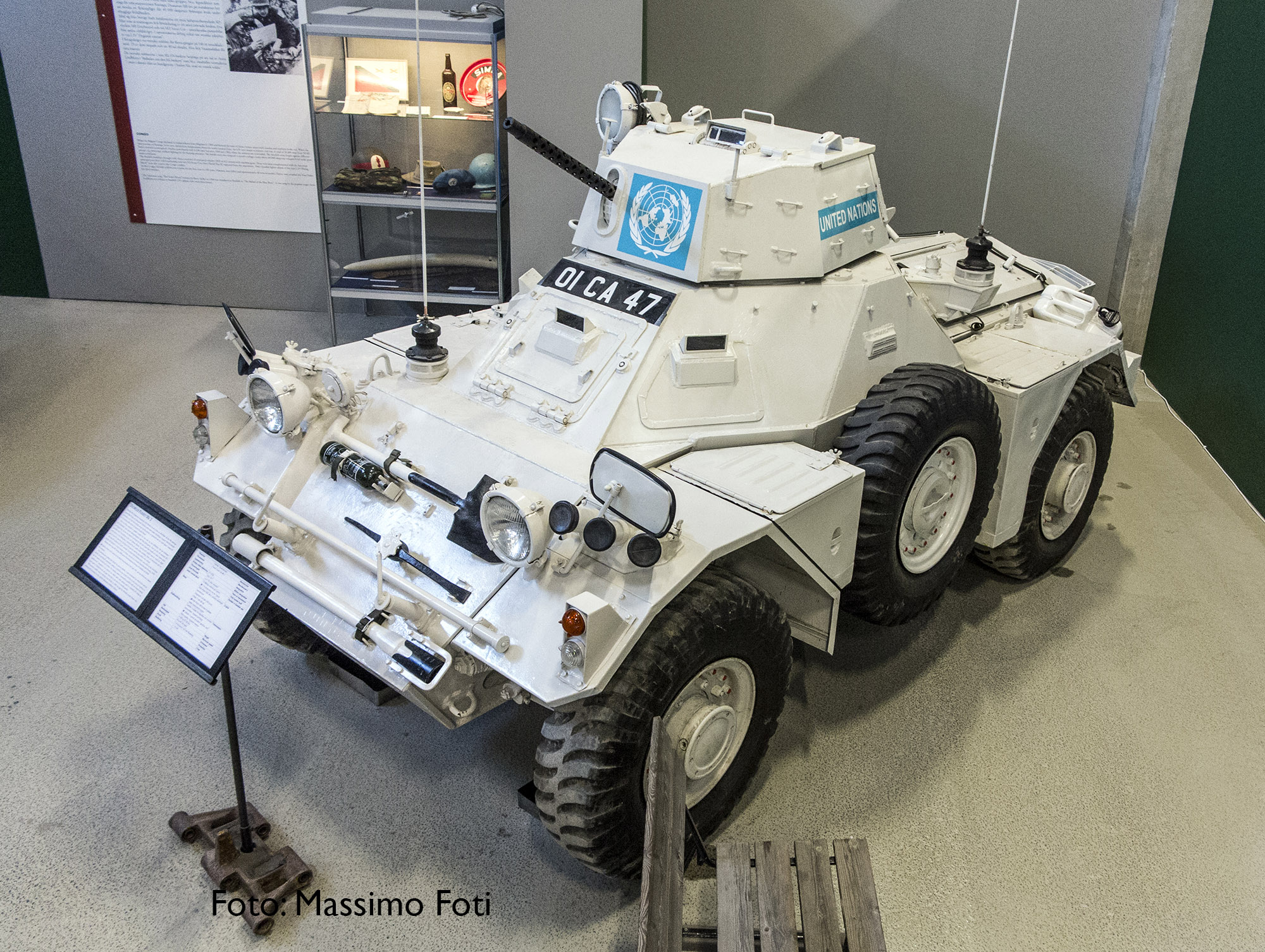 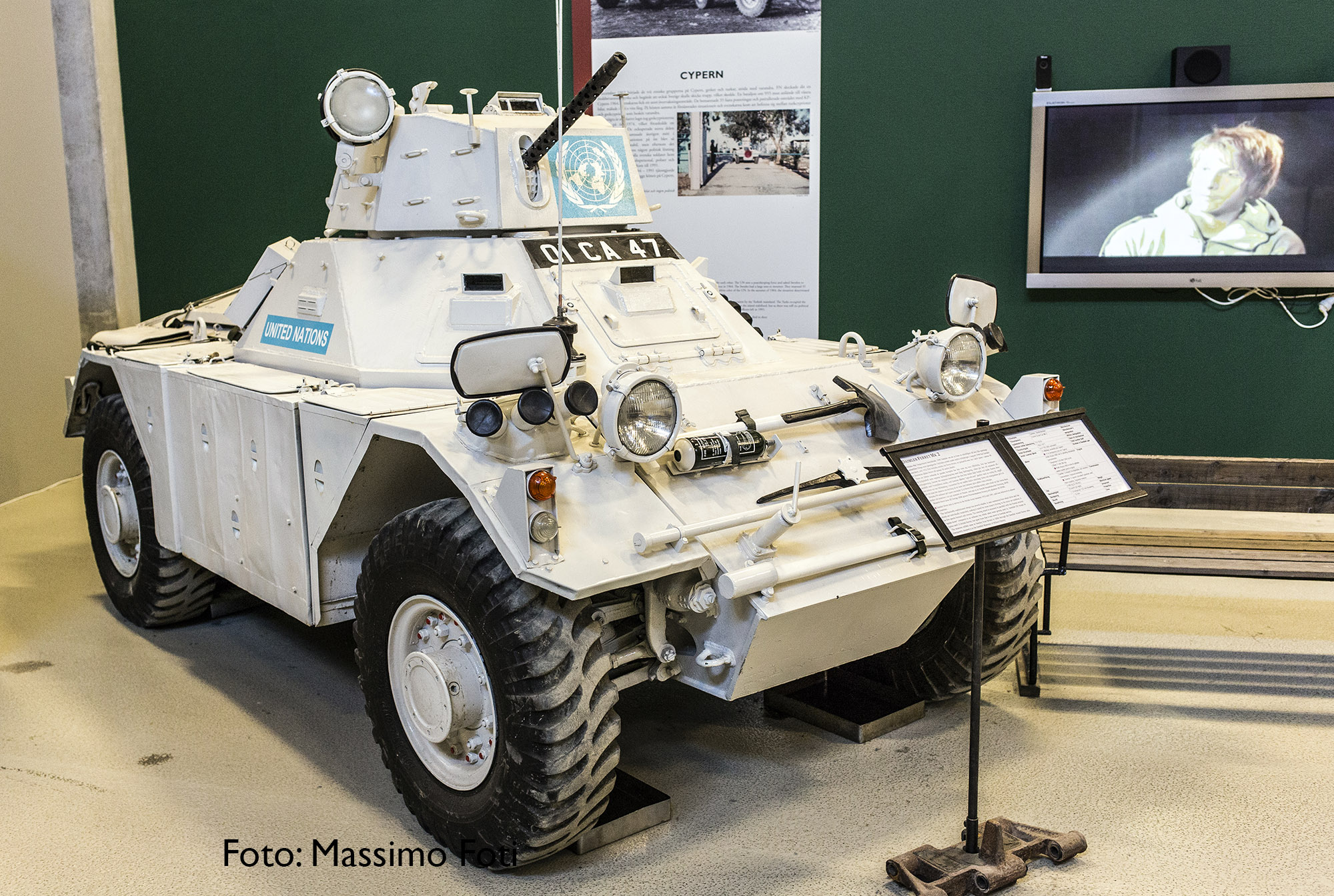 12 in temporary use Cyprus