This type of truck was used by the American forces during WWI and thus these vehiclescame to Europe. After the war, the trucks in Europe were not brought back to the USA, partly because the US vehicle industry did not want the market flooded by surplus trucks.

The design is not as simple as one could think. It has four wheel drive and the
engine crank case is made from aluminium. There were different superstructures, and as a matter of curiosity; trucks of this type served in the US Army as late as the 1930s.

This truck was bought in 1921 by the Artillery Department. It was sold by a
car dealer in Stockholm. At delivery it was slightly used and the price was
11,350 SEK. On July 2nd, 1921, the Artillery Department applies to the
Over-Governorship of Stockholm to be allowed to, when needed, through the city run a convoy of ”automobiles and caterpillars, towing trailers or artillery piece and one armoured vehicle.” 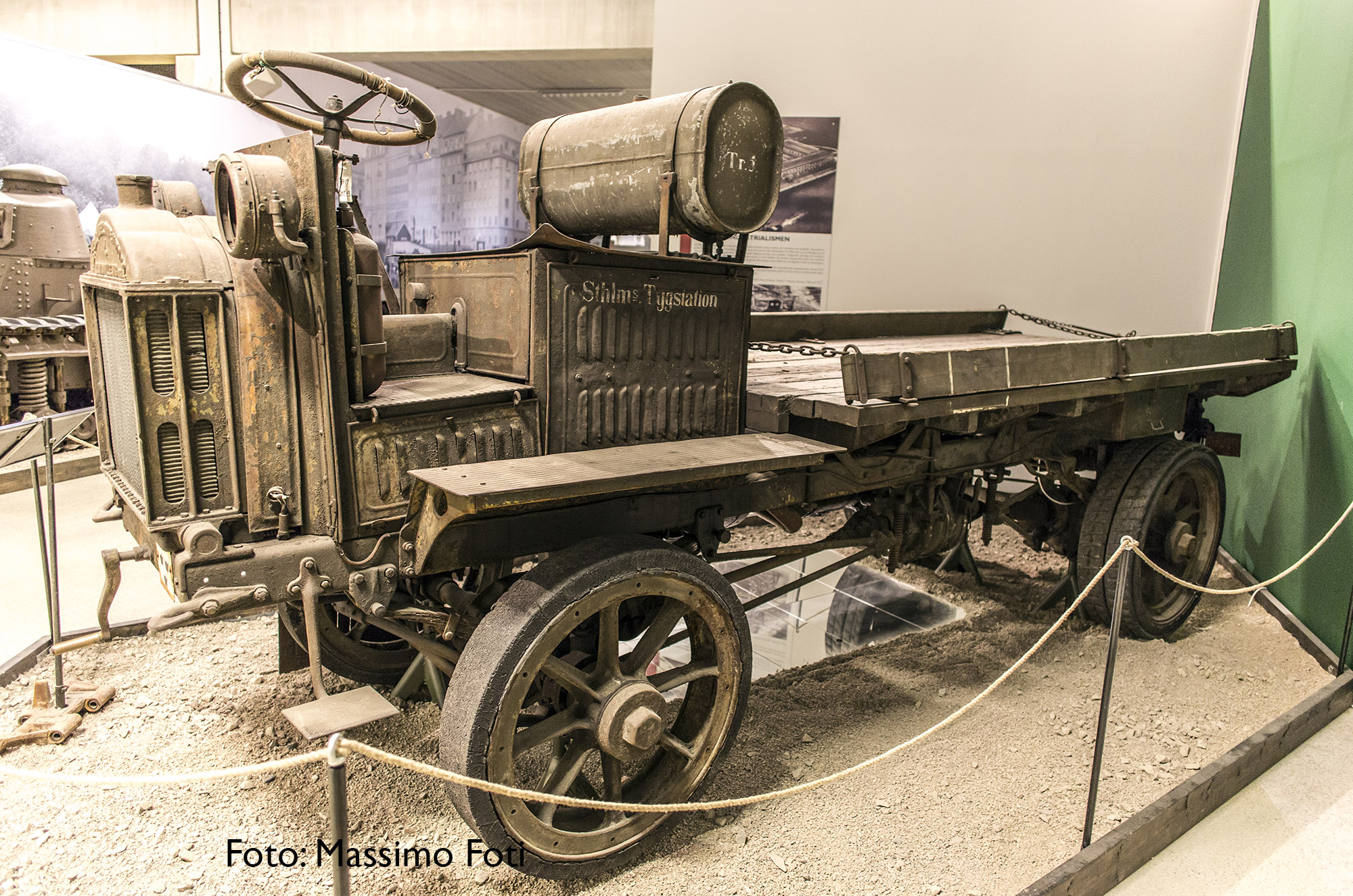 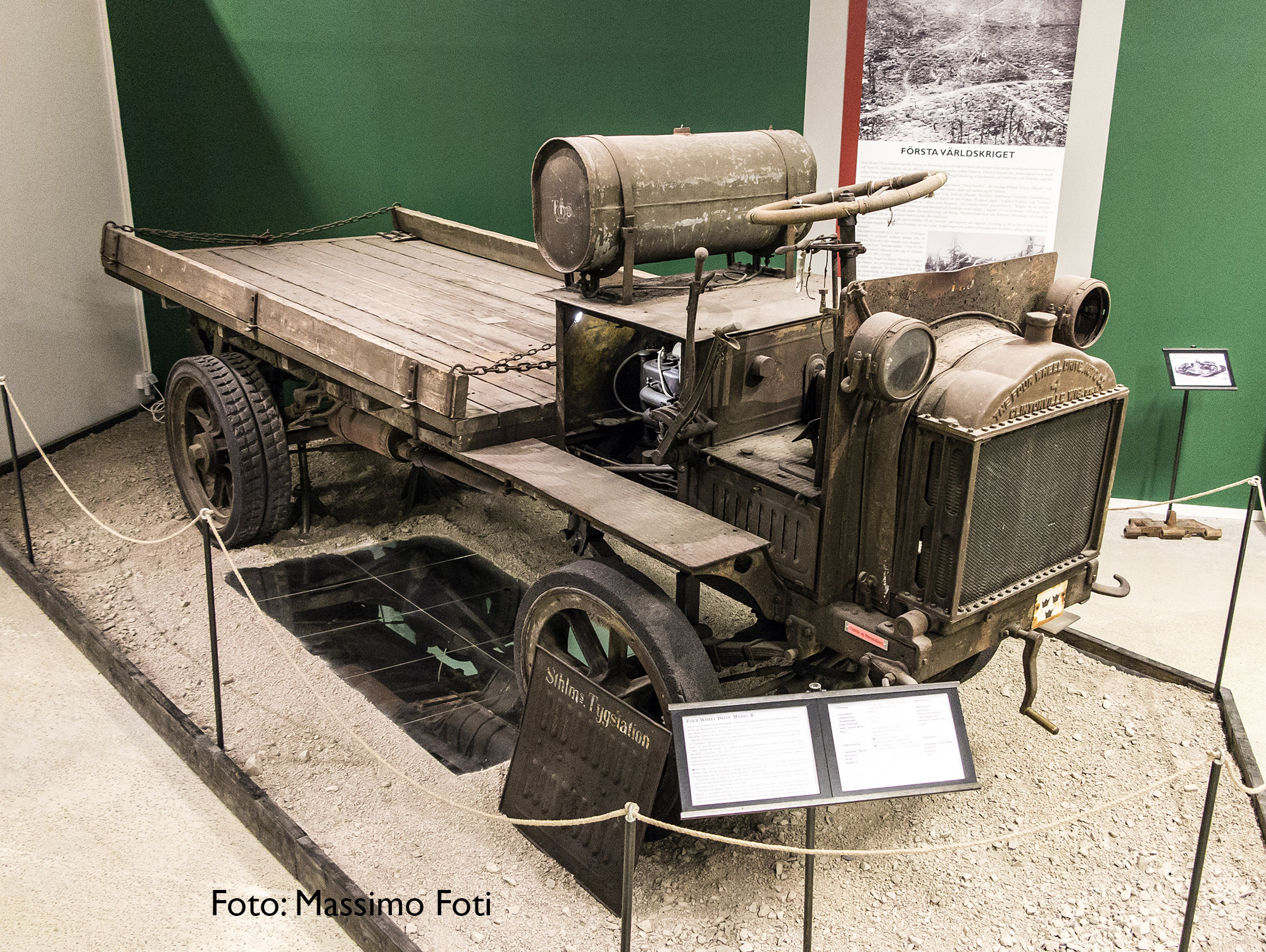 The Wisconsin Motor Co - Type A