A new generation of all-terrain vehicles was needed for the Swedish Armed Forces at the beginning of the 1950s. The Volvo TL22, known as 912 in the Army, was a small truck but its short wheelbase, weight distribution, and differential locks on all axles contributed to an extremely good terrain capability. If you still got stuck, there was a central winch that could pull the vehicle either forward or backward. Load capacity was 1.5 tons, often in the form of 9 fully equipped infantry soldiers, but other versions included a crash tender for the Air Force, a radio shelter, and a fire control version for the Coastal Artillery. 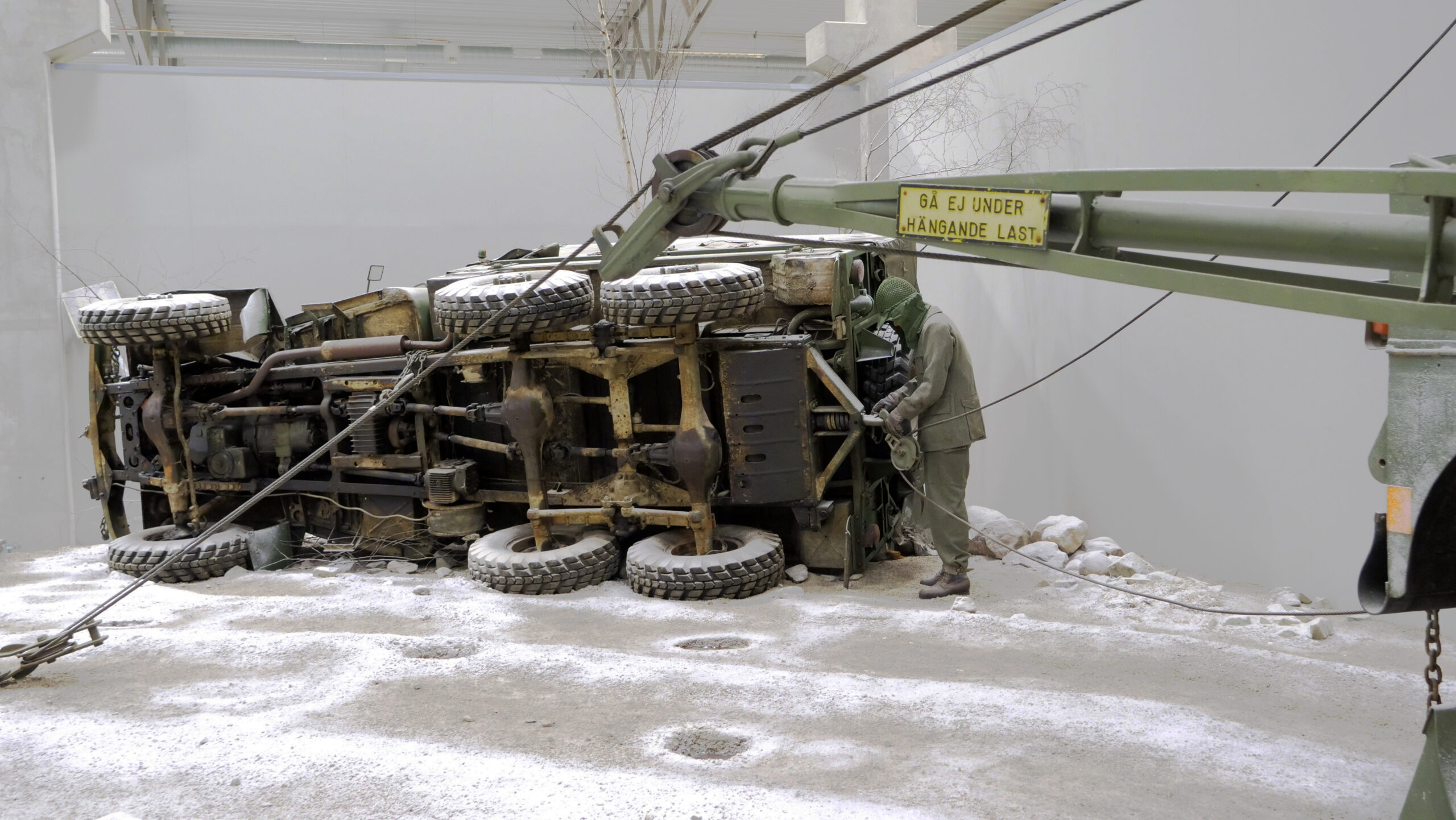