A project to develop a cost effective armoured training vehicle resulted in a design based on a lorry chassis — Pansarbil (armoured car) m/31. They were quite individual, since they were based on lorries of different makes and  models.

Pansarbil m/31 was organized in platoons of three vehicles; two of which were equipped with two machine guns and the leading one with a cannon and a machine gun. 1942 the armament was upgraded to a 20 mm automatic cannon and a coaxial machine gun.

Road speed was adequate but cross country mobility was very poor, due to inappropriate tires, high weight and two wheel drive. Reversing quickly was demanding; an observer at the rear turned, via a wire, a dial for the driver to try and follow!

These vehicles were kept for training purposes until 1958. 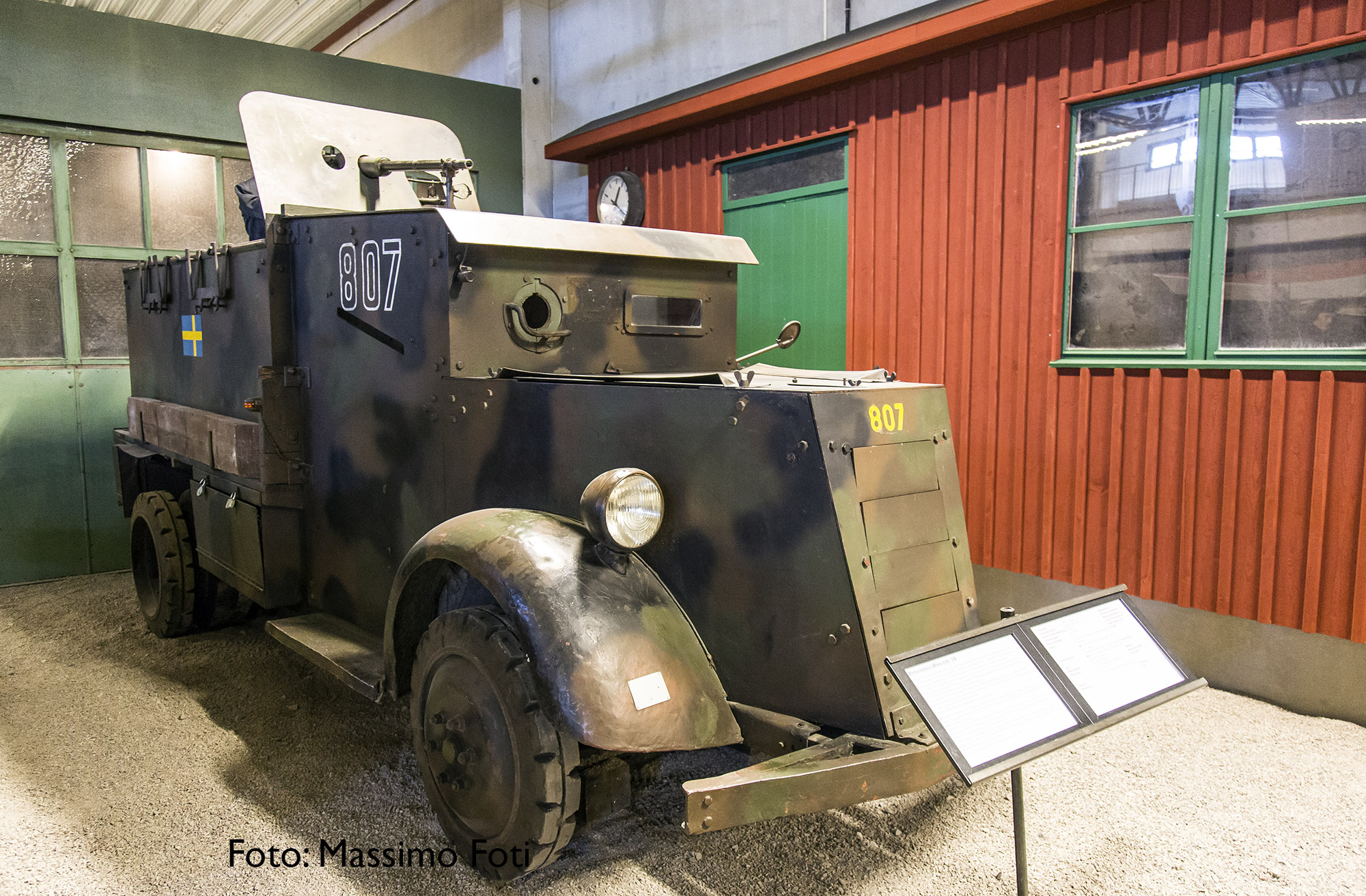 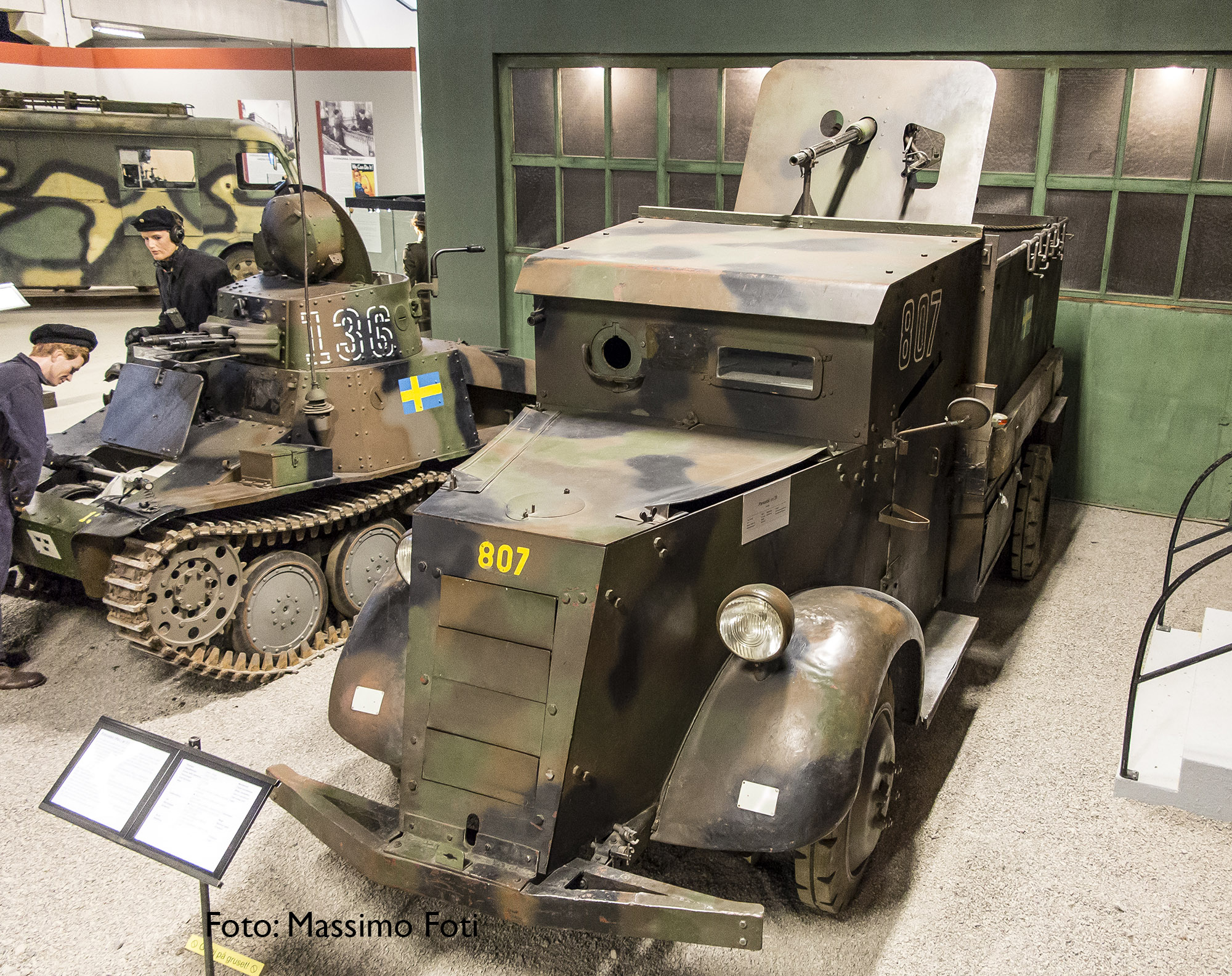