When the Commander of the Army in 1941 ordered that self propelled artillery be introduced, studies and trials commenced. Different types of guns, barrel lengths and calibres etc. were examined and in March 1944 36 ea of the SAV m/43 were ordered from Scania-Vabis. This meant that production of Strv m/41 SII ceased, and the last 18 of those were rebuilt to SAV m/43.

SAV m/43 was placed in the artillery, and grouped at the Norwegian border until the end of WWII. Towards the end of 1945 another 18 vehicles were ordered. In 1951 they were transfered to the infantry. The responsibility for crew training and maintenance was, however, with the armoured corps.

SAV m/43 remained in service until 1973 when the infantry brigades were reorganized. 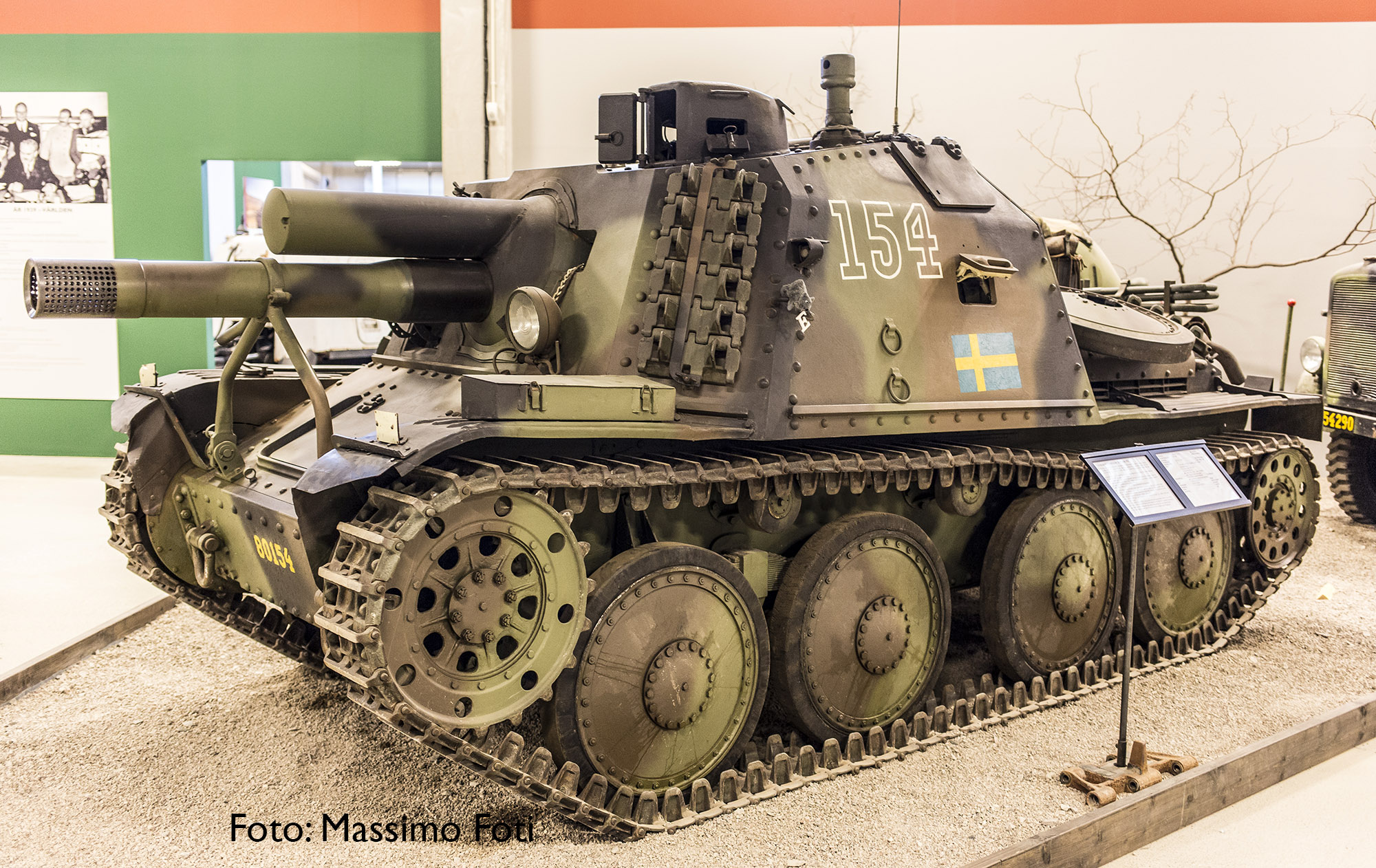 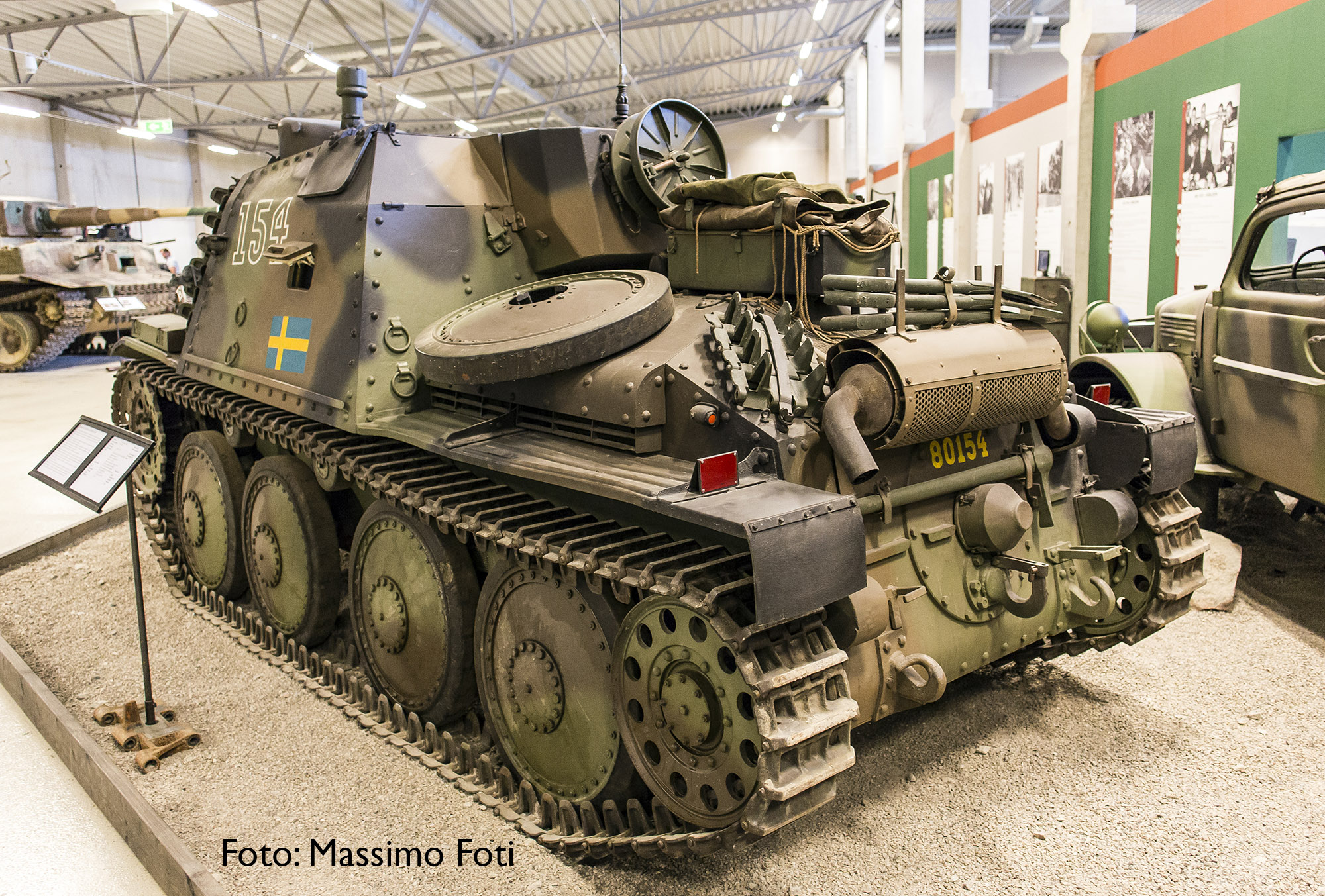 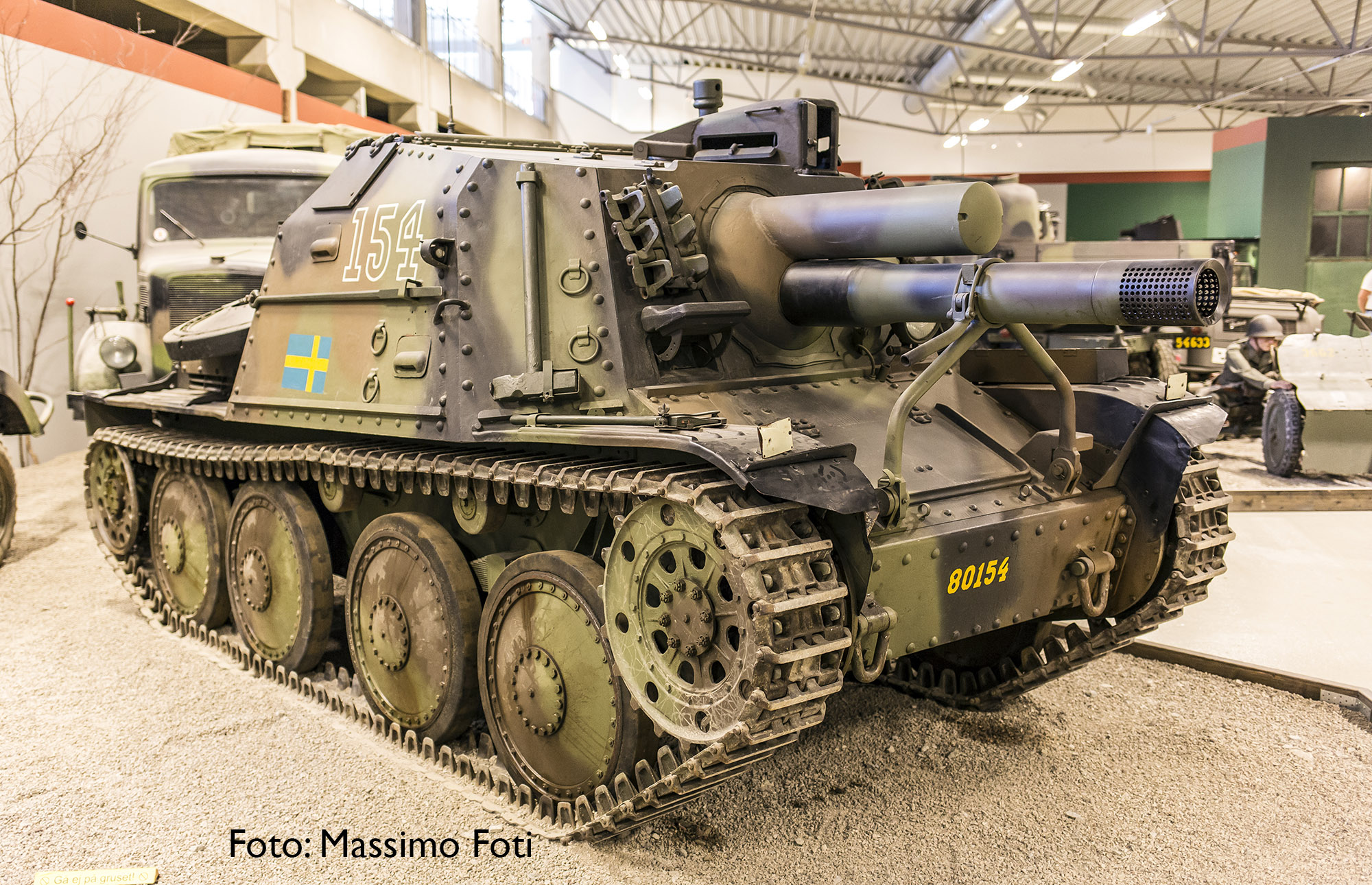