Strv 74 was developed when a light tank was needed to complement the recently purchased heavy Strv 81 Centurion. The French AMX-13 was tested, but found lacking in crew protection. The Royal Army Material Administration suggested developing a new turret to place on Strv m/42.

A 7.5 cm anti-aircraft gun from Bofors was selected. The long barrel gave a good punch. The bore evacuator on the barrel reduces the amount of fumes in the fighting compartment when firing. Technically innovative design was necessary in order to balance the long barrel and the heavy gun mantlet. The chassi and drive train was reinforced and modified. The tracks were widened, and hatches protecting the fighting compartment against the shock wave from an atomic explosion were installed on the front. It was equipped with the same radios as Strv 81.

Series production commenced in 1957 and it served in the mechanized brigades until 1967. After that it was used by independent companies in the infantry brigades until 1984. The turrets were then used for perimeter and coastal defence well into the 1990s. 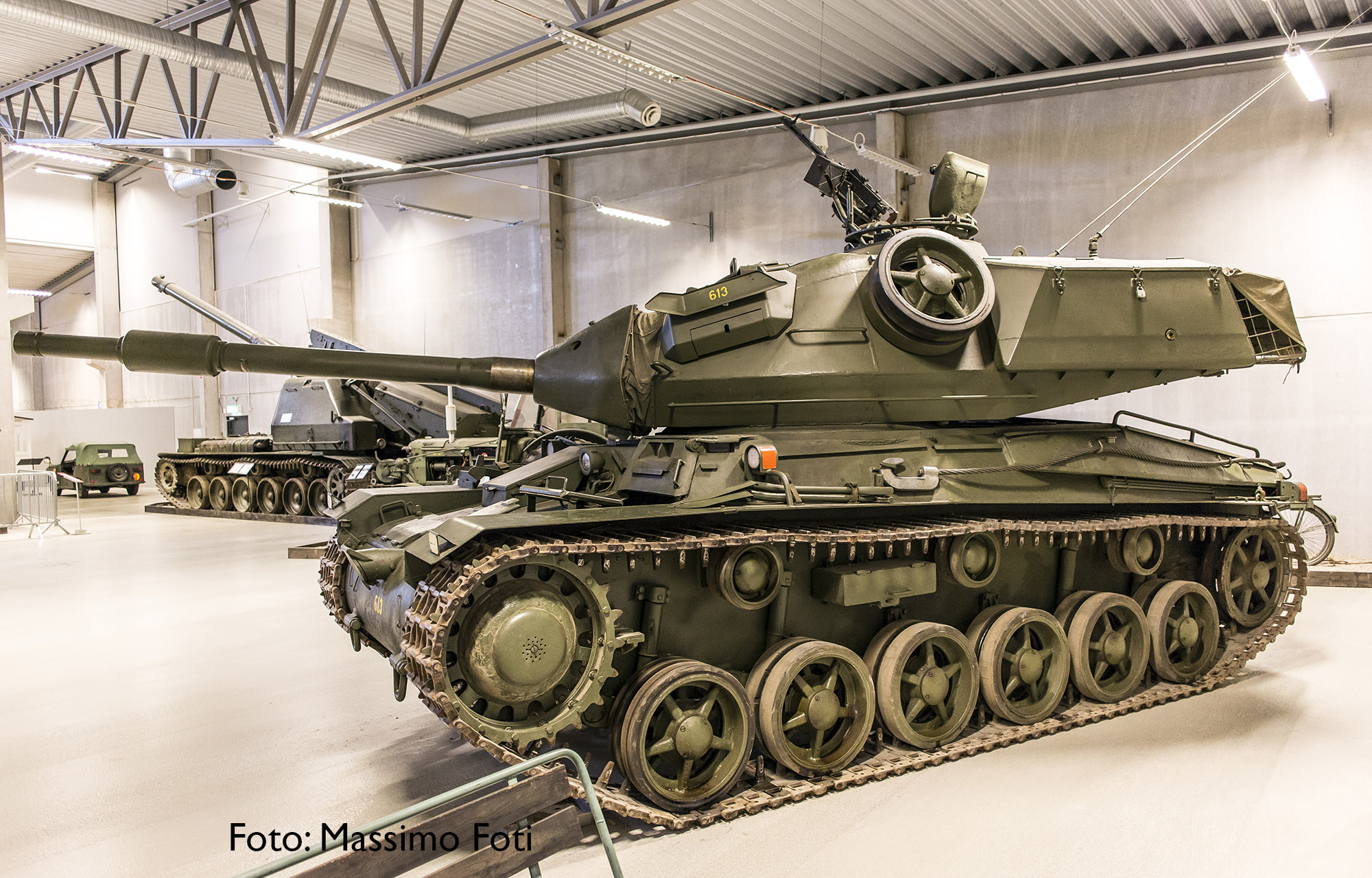 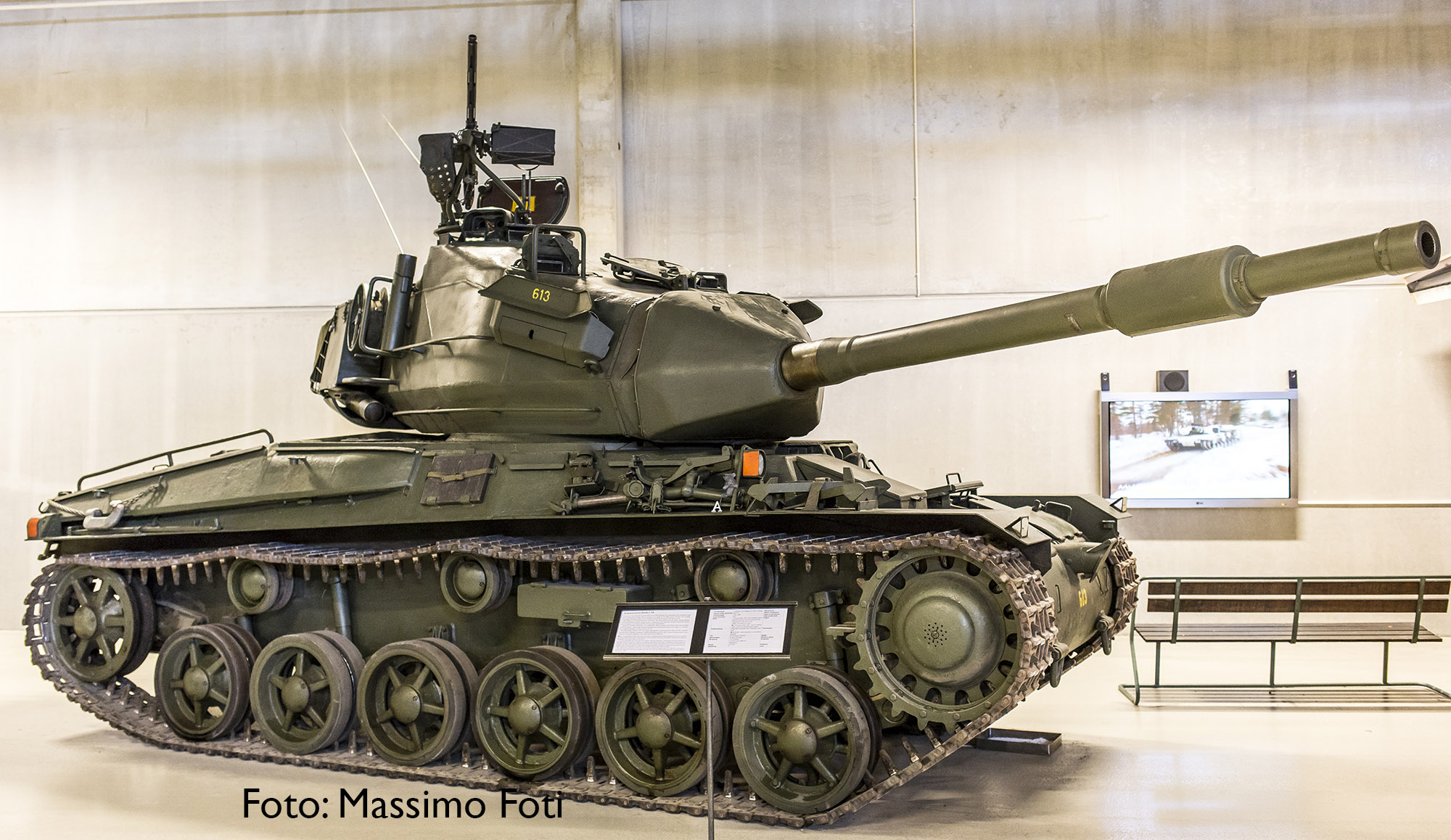