Stridsvagn m/38 was a Landsverk L-60, a development from the L-10 (Strv m/31) which already had a welded chassi but the torsion bar springs were a novelty. The welded chassi and the 37 mm gun contributed to a tank that was light in relation to its protection and armament.

Until 1941 these 16 tanks were the only ones which could engage other armoured vehicles. In the spring of 1941, 20 of the successor, Strv m/39 (modified L-60), were delivered. It could use add-on frontal armour. 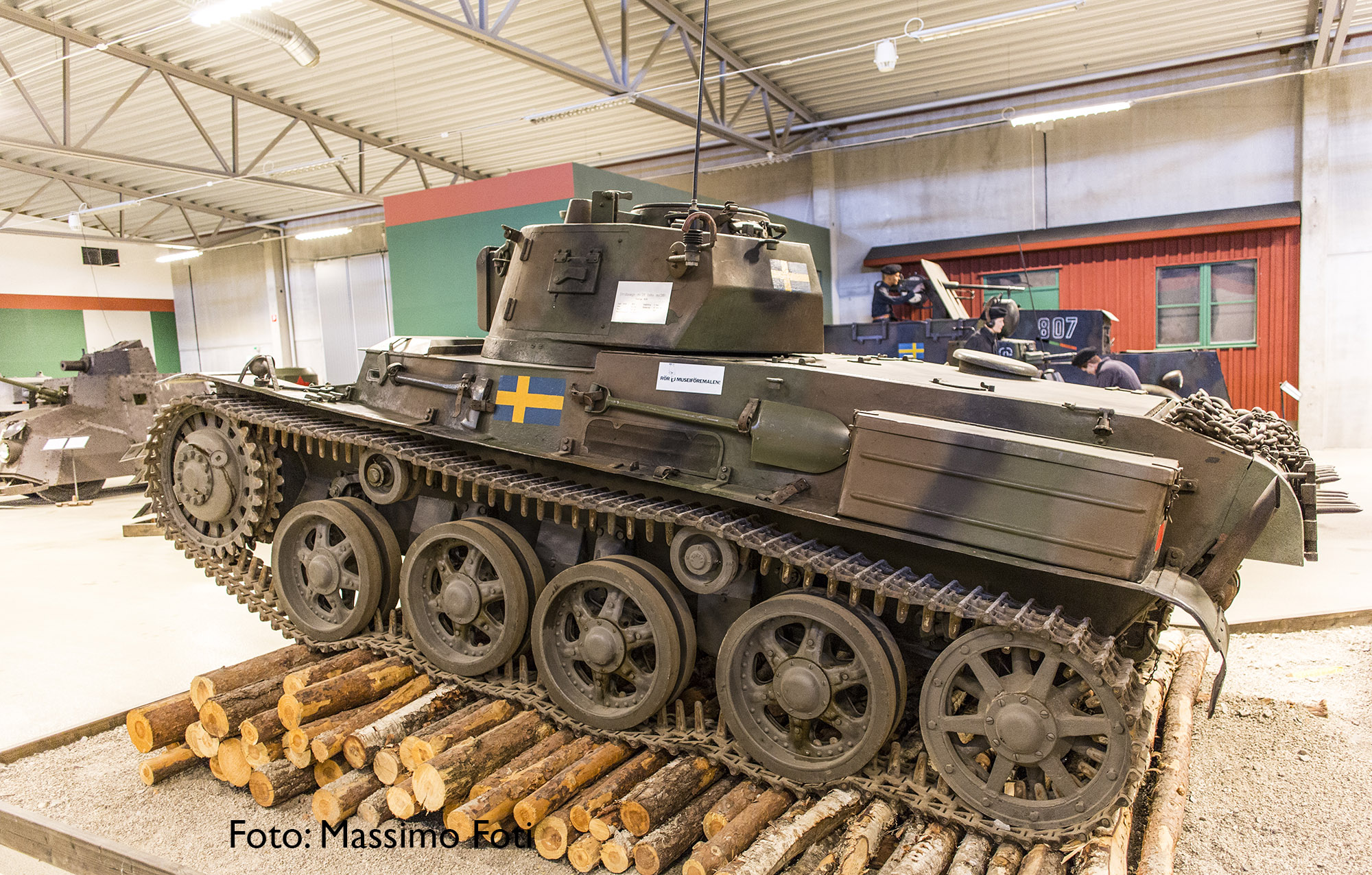 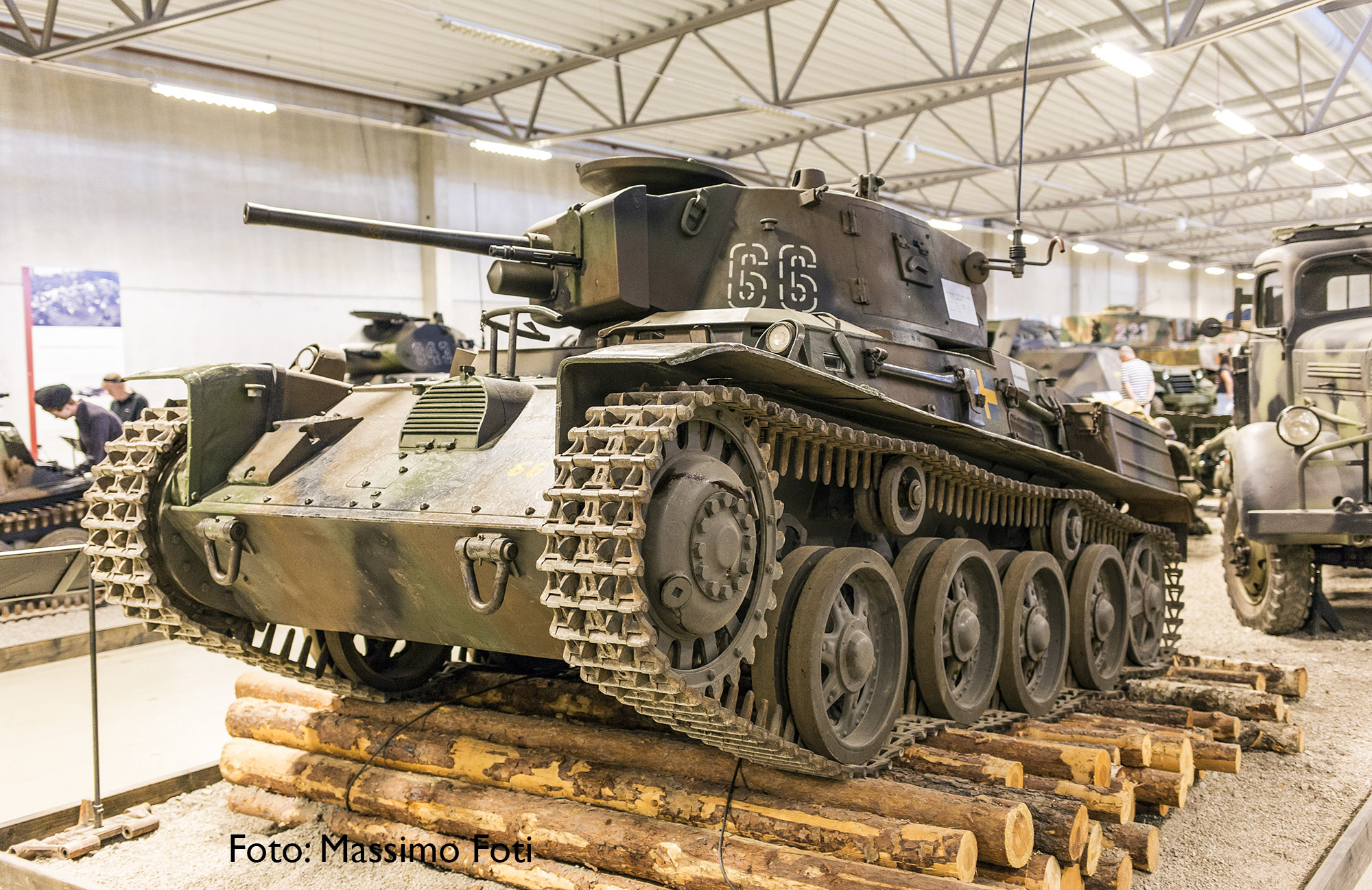 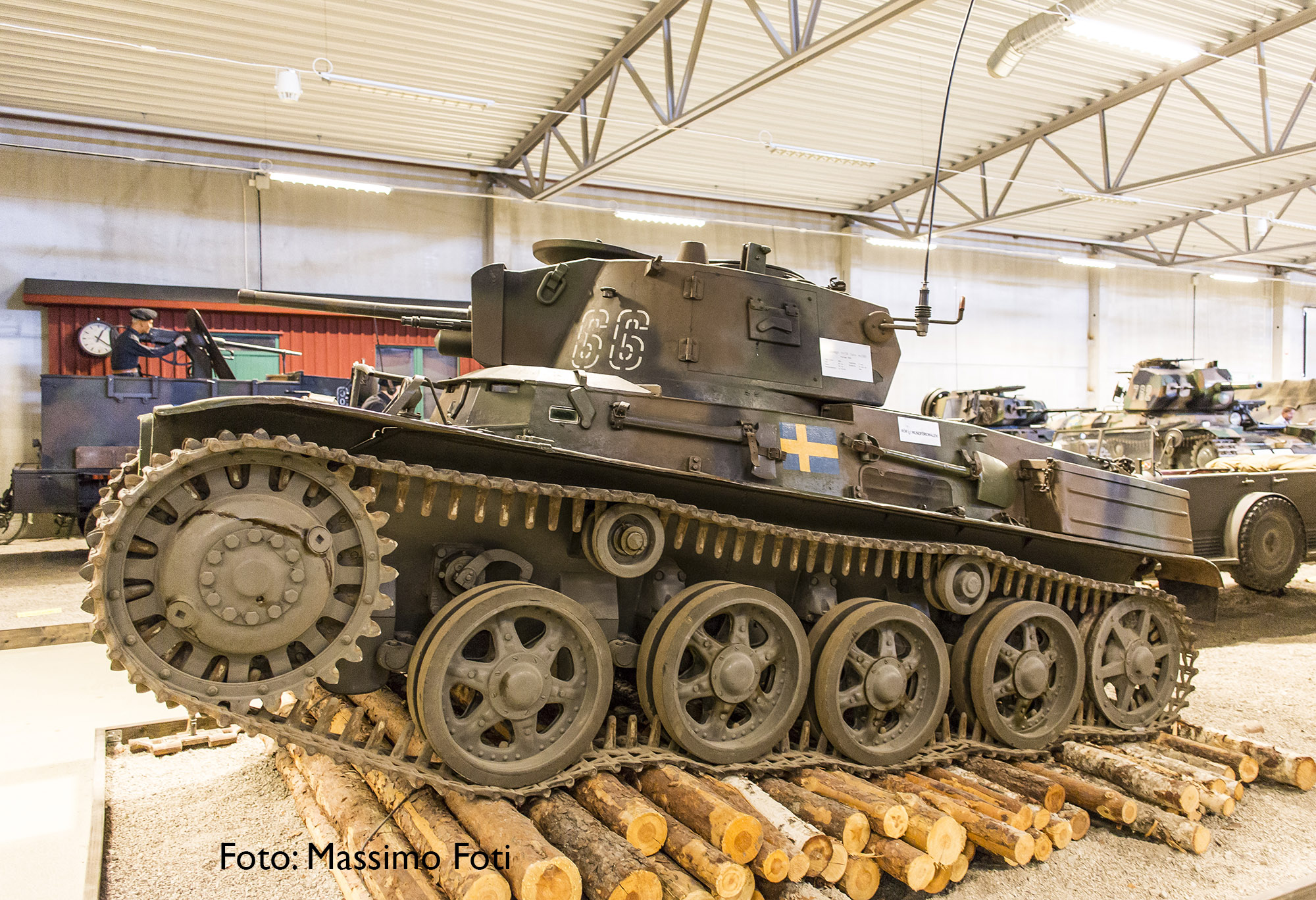 Ingen bild
Visas i muséet
Terrängbil (Tgb) 30 – Scania SBA110
Finns ej engelsk text.
>
Visas i muséet
Stridsvagn T-55
In 1944, the SSSR started developing a tank to be armed with a 100 mm gun. One problem was that the shell size meant fewer rounds could be carried. Development of the T-55 predecessor, the T-54, started in 1945 and was p [...]
>
Visas i muséet
Stridsvagn (Strv) M/40L – L-60-S III
Due to the German confiscation of the TNH from CKD, Landsverk was approached. L-60-S III became Stridsvagn m/40L. Exterior differences from the previous model were better frontal armour and a rear deck mount point for a [...]
>
Ingen bild
Visas i muséet
Volvo PV544
Engensk text finns ej.
>