In the early 1940s, Volvo developed a series of all-wheel-drive standard trucks for the Armed Forces. The chassis was based on the civilian LV130 model, commonly called the “Round Nose”, which had been introduced with great success in 1939. The civilian FC-engine was fitted in the military version with dry-swamp lubrication to cope with difficult slopes in terrain. However, the FC-engine was perceived as too weak for military use and a completely new engine, FET, was developed and was installed in an improved truck version called Tgb m/42 VLT (Volvo TLV 141/142). These were also manufactured with a longer wheelbase (4,1 against the previous 3,8 m).

Most trucks delivered to the Armed Forces were flatbed trucks, but also cars with personnel transport cabins and tankers, mainly for the Air Force. During the years 1943-1947, a total of 816 vehicles of these types were delivered to the Armed Forces.
This particular car was included in the recordings of the TV series “Somewhere in Sweden” in 1973. 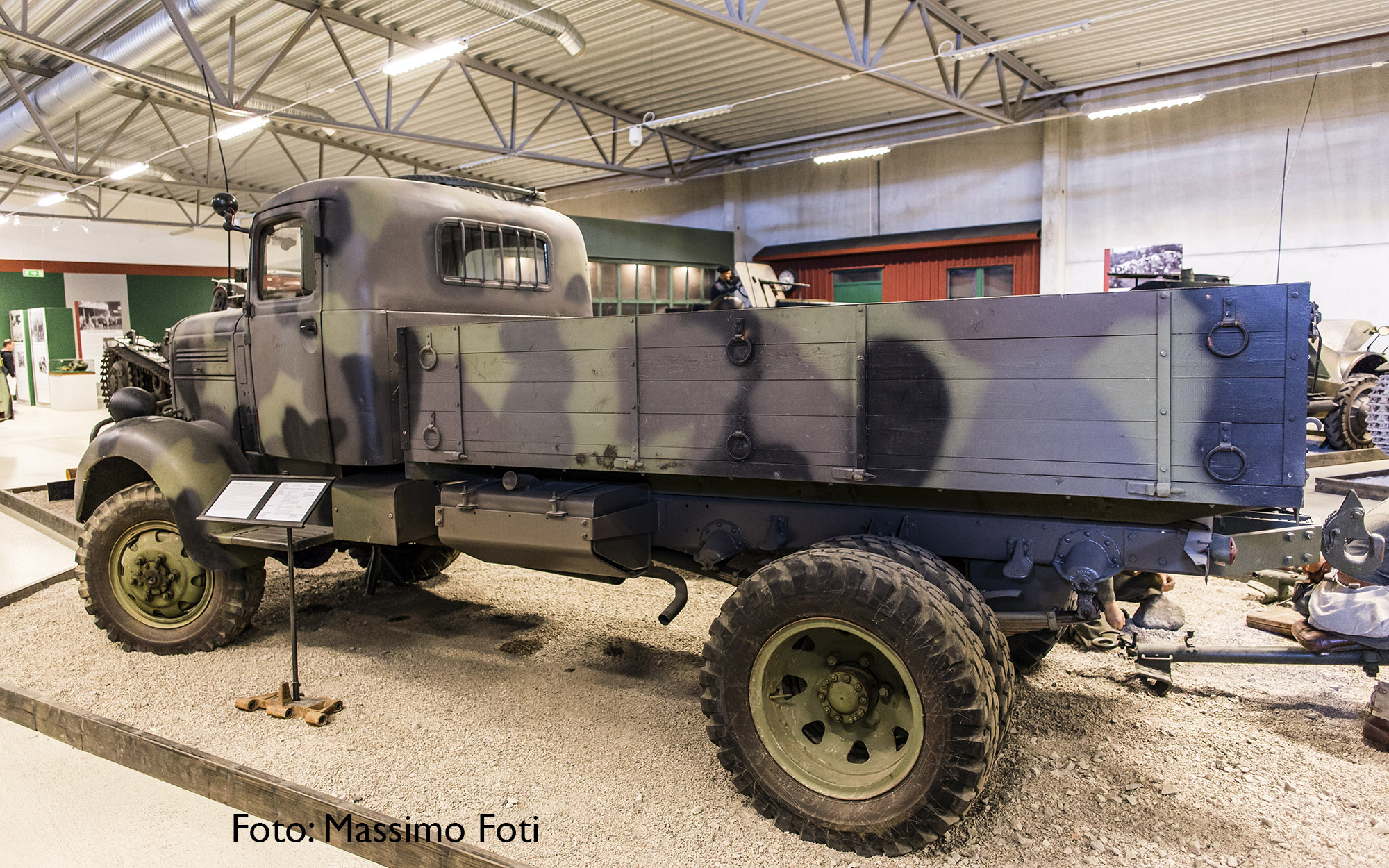